Last month Ryanair made the headlines for being one of Europe’s top 10 biggest polluters for 2018.  In its defence, Ryanair claimed to be the greenest and cleanest airline with passengers travelling on Ryanair having the lowest CO2 emissions per kilometre travelled than any other airline.  According to the WWF, travel makes up 35% of the average person’s environmental impact so with the holiday season coming up, we thought we would take a look at the best travel methods to use to ease the strain on the planet.

Walking is the best means of travel if you want to reduce your environmental impact with biking following a close second.  As well as being better for the environment, these are also healthier ways to get about.  However, these are not always the most practical solutions.

Travelling by bus or train has less negative environmental impact than travelling by plane.  For example, taking the train from Paris to London will cut your carbon emissions by 90%, or taking the Eurostar, train and ferry from London to Tangier will be 85% less.  Taking the train from here to Barcelona may not necessarily be longer than taking a flight by the time you have taken into account travel time to the airport, check-in time etc.  Buses and coaches generally emit less carbon than petrol and diesel cars depending on passenger load.

If you are visiting a city, walking, biking and public transport are the best options for keeping CO2 emissions down.  Some cities such as Madrid also have car sharing schemes such as Car2Go where you can reserve an electric car 20 minutes ahead of picking it up, drive it around and then drop it off in any approved legal spot.  These electric cars are a more environmentally friendly option than petrol or diesel taxis

While sailing boats can be an environmentally friendly option, it may come as a surprise to learn that cruise liners have a higher environment impact than planes.  Experts have calculated that a cruise liner such as Queen Mary 2 emits 0.43kg of CO2 per passenger mile, compared with 0.257kg for a long-haul flight.  The cruise ship industry is taking steps to improve though and is aiming to be carbon free by 2050.  Modern boats are being made to be as “green” as possible by using lighter metals and non-polluting paints.  Ferries can be a better option as they tend to produce less greenhouse gas per mile and for some journeys they can be more environmentally friendly than planes.

Air travel is now one of the fastest-growing contributors to global warming and airliners emit their CO2 directly into the upper atmosphere where it is likely to do over twice the damage.  However, travelling by plane is sometimes the only option so it is still possible to reduce the negative impact this has.  Flying direct without making stop-overs helps reduce the amount of fuel used for the journey and flying economy and with less luggage has a lower carbon impact.  The airline industry is also researching technologies such as electric planes, solar powered planes and jets running on biofuels. 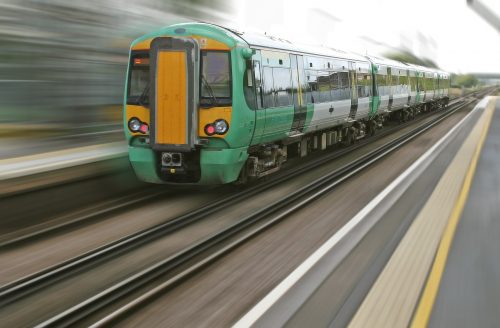