Climate change has featured a lot in the news lately and last month the UK became the first country to declare a climate and biodiversity emergency. According to the United Nations we could have just 11 years left to limit a climate change catastrophe.  As Greta Thunberg, the 16 year old climate change activist tweeted recently “#ClimateEmergency means leaving fossil fuels in the ground.”  As we have explored in previous articles, alternatives to fossil fuels come from renewable energy sources such as the sun.

Here in Spain we are fortunate to enjoy one of the highest levels of solar irradiation in Europe making solar energy an excellent source of power.  In fact, in April this year Spain produced more electricity with the sun than with coal, a fossil fuel.  Electricity generated from the sun represented 5.4% of the total electricity production in April versus 3.9% generated from coal, according to the “Red Eléctrica de España”, the corporation which operates the national electricity grid in Spain.

In an effort to meet European emission reduction goals and enable people to make use of the abundance of sunlight, prior to the recent elections, the Spanish government made some changes to the law so that now it is even easier for people to generate and consume their own solar electricity.  The simplest way is for a household to use the solar energy generated to power all the electrical devices and appliances for the home without sending any solar energy back to the grid.  For a system of 10kW or less fitted with a system to ensure none of the solar electricity is sent to the grid, no permission is required from Iberdrola to install the system.  The installation certification and registration process has also been simplified so the home can begin using the solar electricity as soon as the installation is complete.

By managing how electricity is consumed to make the most of the solar system, a household is able to reduce its reliance on fossil fuels and the harmful impact the use of these has on global warming and climate change.  Positive action taken today helps protect the planet for the next generation and their children and grandchildren.  Of course, the added benefit of a solar electricity system is that it helps reduce the household’s electricity bills as less power has to be bought from the grid. 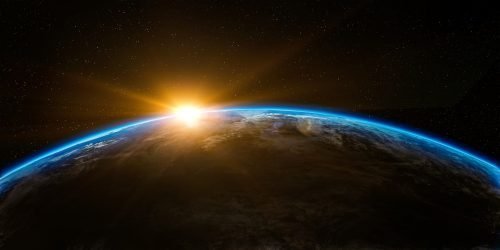